With Seven Bridges RHEO™, you can streamline analysis workflows by minimizing the number of manual steps required to set up, run, and conclude an analysis. The pre-built applications will help you build custom tools or automate an entire workflow—all while maintaining data integrity through extensive tracking and provenance, ensuring long-term reproducibility. 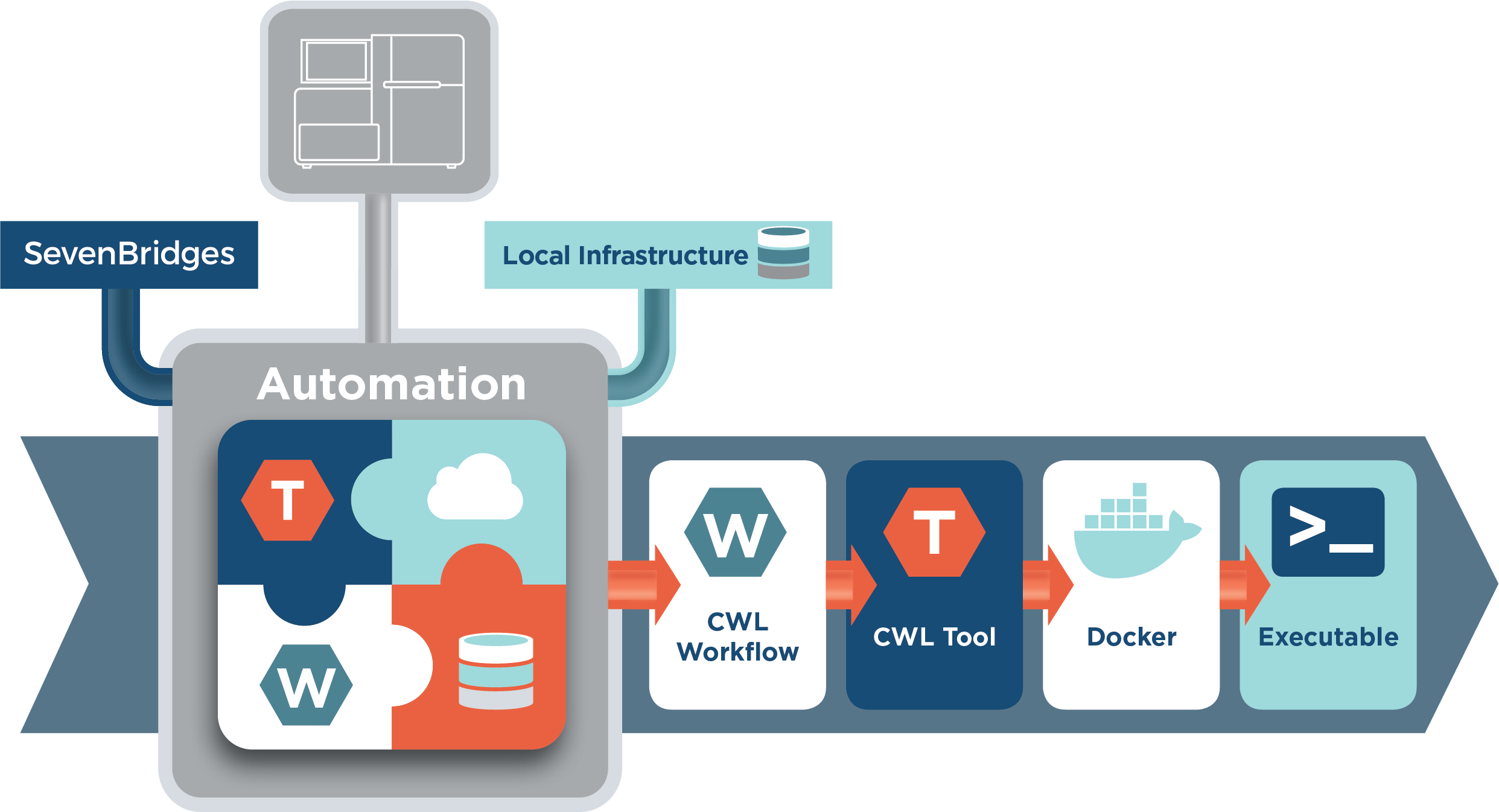 Scripts written with the Python Automation Development Kit (ADK) automatically gain concurrency, dependency management, memoization, retries, execution logs, and much more, enabling developers to focus on business logic and ultimately, reduce their lines of code by up to 80%. Within the same environment, end-users are now able to process complex analysis workflows with the push of a button, share results instantly, and achieve total reproducibility.

A Suite of Offerings

The Seven Bridges RHEO™ product suite consists of the following:

While Common Workflow Language (CWL) is used for describing workflows in an environment-agnostic and portable way, the main goal of RHEO™ is to either simplify use or completely automate CWL workflows by integrating them into your custom environment. ADK scripts written for that purpose can be deployed and run on the Seven Bridges Platform, just like regular CWL workflows.

To learn more about how to streamline data analysis, visit our documentation.